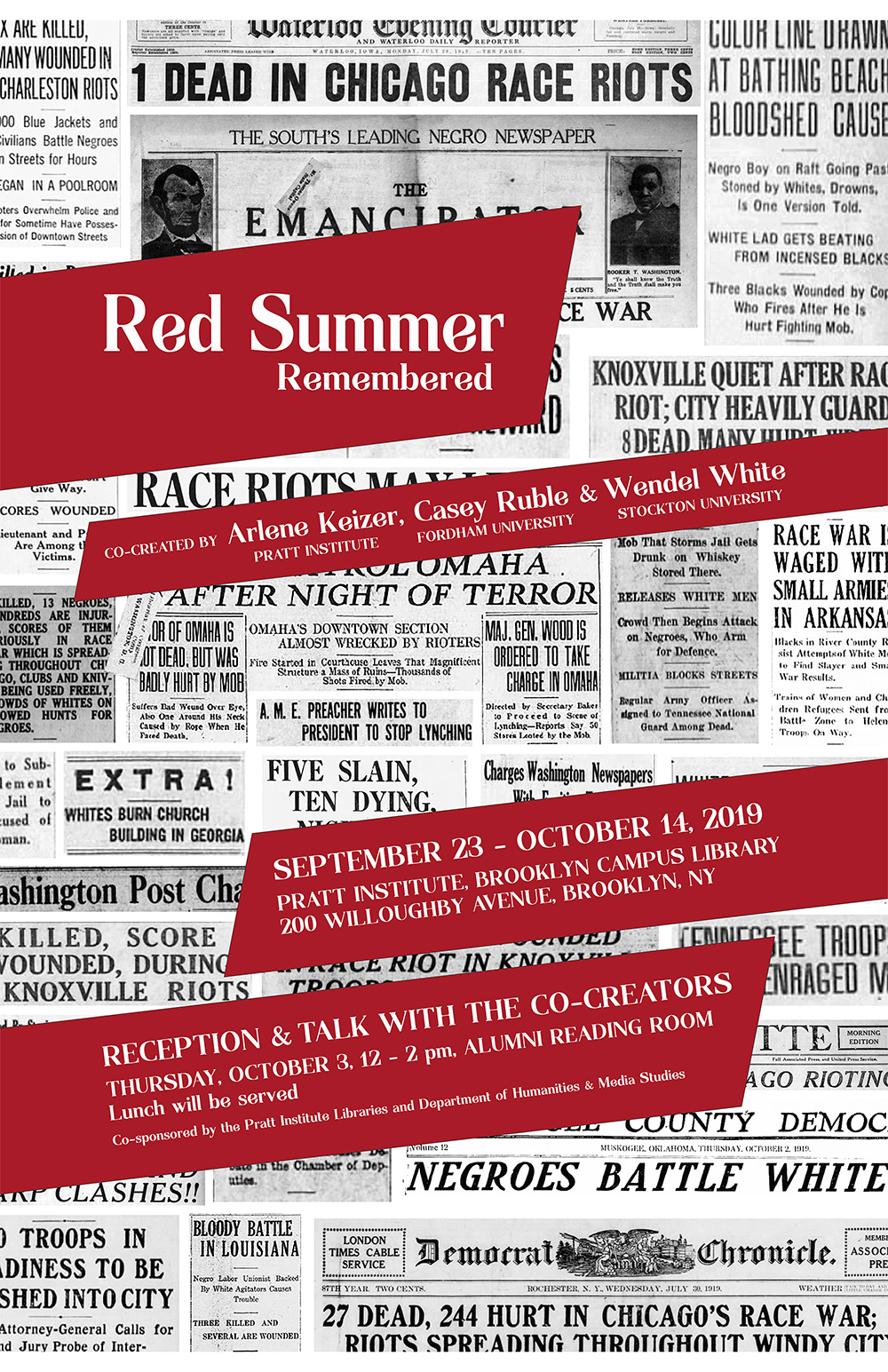 Historians cite complex factors that combined to propel the wave of lynchings and race riots that
distinguished 1919 as the year of the greatest white-on-black violence in United States history. These
include the massive, white-supremacist backlash against the progress African Americans had made
during Reconstruction and into the early years of the 20th century, labor unrest, white anxiety about
African American mobility—both geographic and social—as well as the return from overseas of
black veterans who had served in World War I.

The African American writer, composer, and statesman James Weldon Johnson devised the phrase
“Red Summer” to describe the concentration of racial attacks against black communities (at least 25)
that erupted across the United States during 1919. This exhibit of work by artists Wendel White
and Casey Ruble marks the centennial of that extraordinary escalation of racialized violence and
reflects upon the century separating those attacks from our historical moment.
It should come as no surprise that white as well as black artists have chosen to reflect upon the
violent cataclysm of 1919. All current citizens and denizens of the United States are the inheritors of
this legacy. Given the contemporary resurgence of attacks on people identified as “non-white” or
“non-American” across the United States, forgetting this history places our nation’s present and
future in jeopardy.